Vhong Navarro Was Beaten Black and Blue Inside Condo in Fort 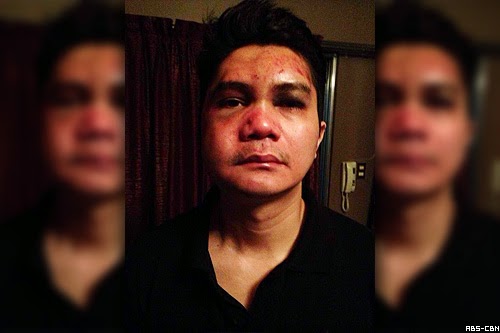 "It's Showtime" co-host Vhong Navarro is beaten black and blue inside a condominium unit in Fort Bonifacio, Taguig on Wednesday January 22, after he was allegedly tied up and attacked by a group of men

According to Navarro's manager and film director Chito Rono given to ABS-CBN News on Friday, the comedian was invited by a female friend to visit her in her condominium unit.
Several men allegedly blindfolded Navarro and beat him up when he got in the premises of the condominium.

Navarro was threatened and victim of extortion but still the reason for the attack is yet unknown.