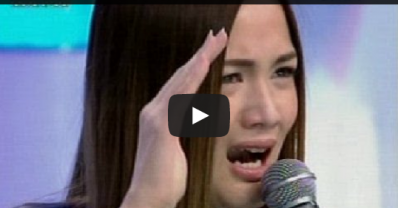 The controversial woman  Deniece Cornejo in the first time has accepted showbiz-oriented talk show "Startalk" for an exclusive interview.

In the interview, Deniece insisted that she was indeed a rape victim by Vhong Navarro, as what she declared in all of her interviews before from media and police.

Another point, contrary to the another accusations of the netizens, Deniece insisted that she hasn't been in a plastic surgery or any special feature enhancements, except for teeth beautification.

Meanwhile, Cornejo's Startalk interview drew some violent reactions among netizens. In fact, a significant number of netizens on Twitter have came with an idea that Cornejo's statements earlier were scripted, thus, her emotions were not so convincing to the public after all.