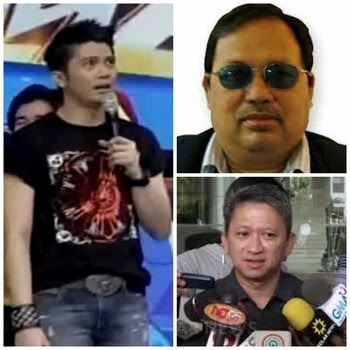 Some individual are speculating that Tony Calvento, one of the brave and respected journalists in the country is included in the payroll of actor-TV host Vhong Navarro. This issue was opened by Atty. Raymond Fortun, the alleged spokesperson of Cedric Lee, who is now facing 6 legal charges filed by Navarro in the DOJ.

Immediately after he learned the issue, Tony Calvento confronted Atty. Fortun on Facebook. He posted his statement regarding the issue last night, Feb. 11, 2014. Based on his statement, he is not receiving any single centavo from Vhong Navarro's camp compared to his accuser Atty. Raymond Fortun.

Currently reported that the text messages from Vhong Navarro cellphone was retrieved by the NBI showing the messages of Deniece Cornejo. This will be added to the evidence that they will use againnst their filed cases to the group of Cedric Lee who allegedly mauled him and tried to extract money from him.