Kristen Anne Bell (born July 18, 1980)is an American actress and singer. She made her Broadway debut as Becky Thatcher in The Adventures of Tom Sawyer. Bell joined the cast of the sci-fi television series Heroes, playing the character Elle Bishop, and the drama series Gossip Girl, as the off-screen titular narrator. In 2008, she played Sarah Marshall in the comedy film Forgetting Sarah Marshall. She has since appeared in a various number of comedy films.

Kristen Bell Sings "Do You Want To Build A Snowman." Anna in Frozen


Bell again with Broadway bigwig Santino Fontana reprising his role as Hans in "Love is an Open Door." 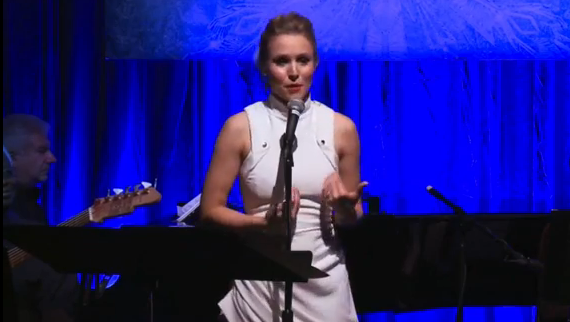