Another complaint was filed against Vhong Navarro on the Prosecutor's office on Wednesday.
Details are given by Tony Calvento on his page 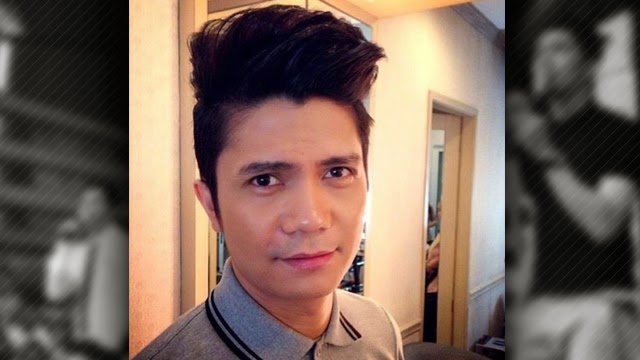 Here's the details of the new alleged RAPE VICTIM of Vhong Navarro. This incident happened 2010.

A woman who worked as a double in a telenovela that starred Ferdinand “Vhong” Navarro has filed a rape complaint against the actor before the Quezon City Prosecutor’s Office on Wednesday.

In a four-page complaint-affidavit obtained by the media on Friday, the complainant narrated the alleged rape incident that happened inside the sports utility vehicle (SUV) of the actor sometime in early 2009 during the last few weeks of the taping of the telenovela.

The complainant said the actor’s driver asked her to go inside the SUV because Navarro wanted to talk to her during a break in their taping.

“I did not think anything of it and I was not afraid to be alone with Vhong because we were taping with lots of other people around outside,” she said.

Once inside the vehicle, the complainant narrated that the actor forced her to perform oral s3x on him. She said Navarro masturbated in front of her after she threatened that she will bite his s3xual organ.

The complainant said the actor put his hands on her shorts and inserted his finger on her genetalia.

“I did not tell anyone about what happened at the time because it was very painful, humiliating and shameful,” she said.

“After that day, I only shared this painful and humiliating experience to a handful of my really close friends,” she added.

The complainant said she never thought of filing or pursuing a case against the actor because she was afraid, ashamed and she thought that nothing would come out of it because of Navarro’s celebrity status.

“It is only now that I am coming out to tell my story because I was inspired by the courage of other women who are coming out now to seek justice and to tell the truth about Vhong,” she said.

Vhong to face complaint head on

Navarro’s lawyer Alma Mallonga told The STAR in a phone interview that they have yet to receive a copy of the complaint. She added, however, that they are not surprised with this development.

“This is something that we were expecting. This doesn’t surprise me,” she said.

Mallonga said they are ready to face the case head on, noting that this is an act of desperation of Navarro’s detractors.

“The timing of filing raises serious questions… Vhong did not commit any of the allegations against him,” added the lawyer.

In January, Navarro figured in a controversial mauling incident involving businessman Cedric Lee, model Deniece Cornejo and a few others inside a condominium in Taguig City. The case is currently under investigation by the National Bureau of Investigation.

Cornejo has since filed a rape case against the actor, who denied the allegations.

He also denied the rape charges of a beauty pageant contestant before the Pasig City Prosecutor’s Office. The complainant accused the actor of raping her in 2010.

Navarro maintained that no such incident happened, noting that he was not with her when the alleged incident happened. He filed perjury raps against the complainant, as well as against Lee and Cornejo and the others that were allegedly involved in the mauling incident.