A shocking news was posted in the page of the brave journalist Tony Calvento who is one of those included in the search for the truth in Vhong Navarro mauling case. Deniece is reported in boracay with some friends but because there are many people there, NBI was not able to pursue her. Deniece Cornejo surrenders to Dir. General Alan Purissima. She is in Camp Crame. According to Mr Calvento the report was given to him by NBI-NCR. 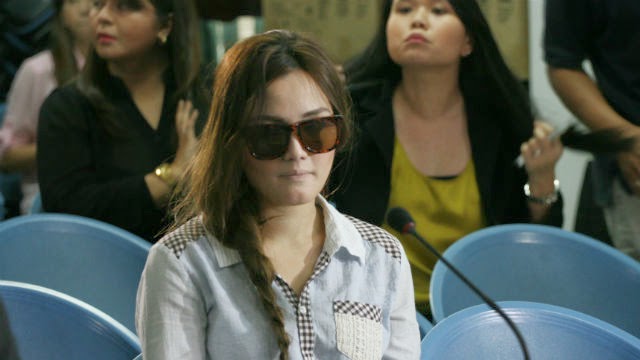 
She was the person being pursued the last two days. She was reportedly in Boracay with some friends but since there were so many people there, the NBI failed to capture her. This report re Boracay was reported to me by the NBI-NCR.

MayBE she heeded the call of Rod Cornejo and realized that there was really no place to go but surrender. Still raw and sketchy. Will give you full details later.


We will update this post as soon as more detailed information is released.