Why South East Asian Players Want to ban DOTA 2 in the Philippines?


The news about 'South East Asian players requested to ban DOTA 2 in the Philippines through IP banning' raged the online community especially those who are playing Dota 2.


Dota 2 is a 2013 multiplayer online battle arena video game and the stand-alone sequel to the Defense of the Ancients (DotA) mod. Developed by Valve Corporation, Dota 2 was officially released on July 9, 2013 as a free-to-play title for Microsoft Windows, concluding a beta testing phase that began in 2011 - Wikipedia 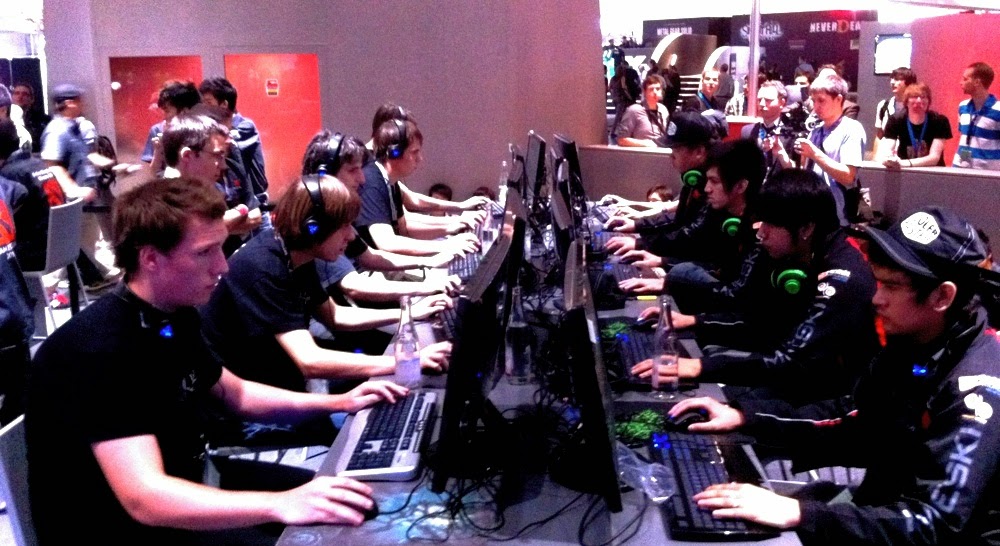 There are many gamers of Dota 2 steam in Philippines and the reaction to the news shows how Filipinos are fighting against it. Fortunately the article is posted on a random site "pinoytrending" and the article has no single link to proved the news making it unbelievable and fake. 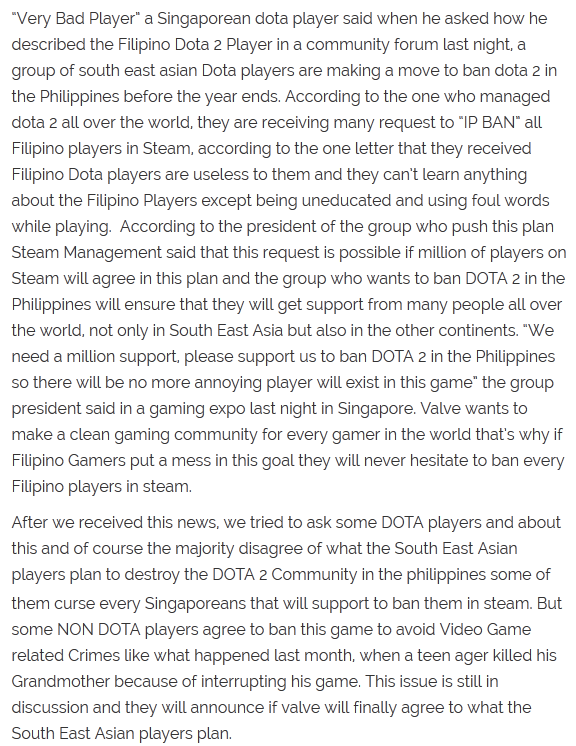 Some of the reactions


- "I'm a filipino and I agree that you should ban DOTA 2 in the Philippines. There are too many retards who always think they're so awesome in playing whilst can't even read crap. It's true that most philippine DOTA players are quite uneducated. Though there are those few who are actually educated and who aren't complete idiots. I think it is the best for our country because too many people choose this over school, jobs etc. It's just a nuisance right now. Now before you start raging on me, I myself is a gamer. But I will stick to this decision because i think this is one of the reasons that filipino's are rendered bad gamers"

-"Bullsh*t talking is what got Dota banned from the Philippines. And the things you people write on the internet is a solid reason as to why they should ban Dota 2 from the Philippines. Telling people they're "noobs", or "idiots", or "Faggot" or whatever insults you guys throw is enough reason for Valve to agree to this. I don't understand Filipinos, and it's a tad ironic because I am one too. I don't understand why we're so defensive when we're being called out for being a sh*t person. I just don't. I know that we have a "mapangasar" attitude, but I don't get why we burn when other people, or race for this matter, tell us that we're acting like a shitlord. It's so stupid, we need to stop that."

Although the article posted was just unbelievable you may think that this will happen and may happen in the way Filipinos are reacting. There are many Filipino gamers who talk sh*ts on game. and I am one of them :D

Will you allow Philippines to be ban for SEA DOTA 2?