Just this afternoon while I'm reading a news about Facebook giving fake likes to Harvard official fanpage. Facebook.com went down for almost 20 minutes and it seems to be worldwide system break down. #facebookisdown #facebookdown 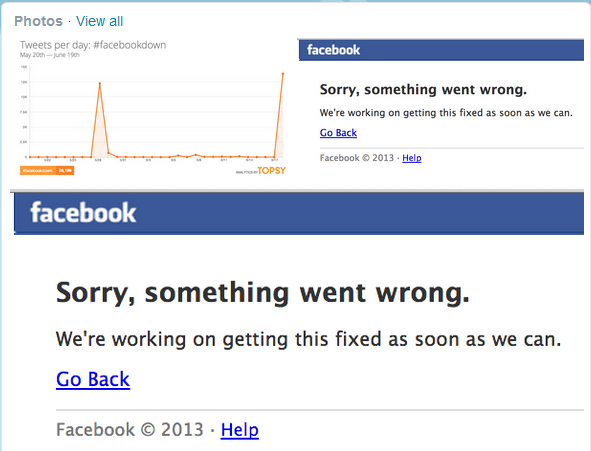 After I was able to open my facebook account I check on my twitter to find some news, first I thought it just my internet but its not. here are some tweets. 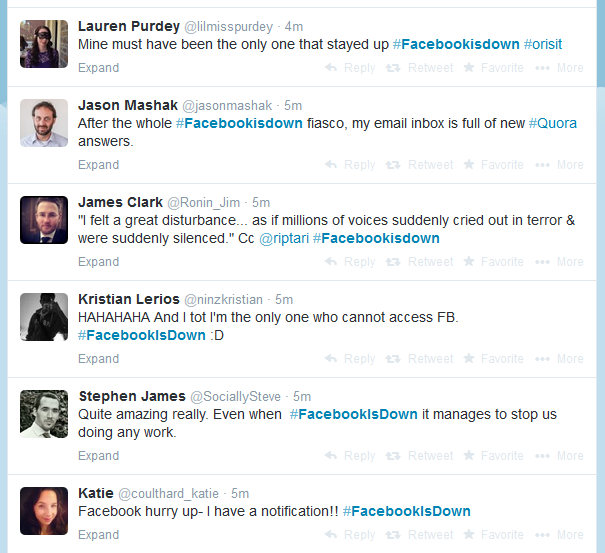 After almost 20minutes OFFLINE it just went up and maybe already fixed the errors. Facebook will release some news about the reason for this unusual event since they are respectable company.