Eugene Berniego, 19 was arrested after stabbing another man on July 6, 2014, Sunday morning. It was reported that the teenager attacked the man identified as Jack Perago, a hair stylist in the area inside his rented room in Dapdap, Barangay Rosary Heights-2.

Besides creating a stirring amongst the neighborhood, it also created rumors on both parties of the illicit sexual relationship and the allegedly disease, STD. After being questioned, the suspect who is a resident of Sultan Kudarat defended himself against the family’s anger. 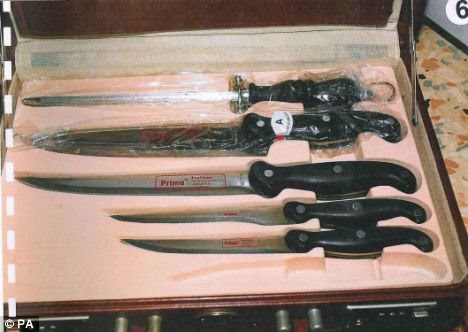 “It was a form of revenge. He gave me STD (Sexually Transmitted Disease) months ago. He should’ve told me.”

Eugene Berniego confessed he has planned the revenge, but without the intention to kill Perago, the victim.

According to a witness, the owner of the boarding house, the suspect went in to Perago’s room last Saturday night with two other friends. Perago and Berniego were left alone after the two friends went out the next Sunday morning to jog around the place. It was speculated that it was then Berniego did his deed.

The victim was found lying on the floor with wounds on different parts of his body. He was rushed to the hospital with the help of the owner of the room he’s renting in.

The suspect, Berniego, is currently detained in Cotabato City Police Precinct No. 1. Once Perago is well enough and decides to press charges against the suspect, Berniego will be charged with frustrated homicide. The family of the victim has not given any comments on the incident.

Even with these, Cotabato Province still remains to have the lowest crime rate in Region 12. Some officials overview the crime on the LGBT hate crimes from law enforcement statistics to opinion polls. It has been said that it requires social effort to prevent violence and enacted stigma.