“In Northeast Ohio, nothing is given. Everything is earned. You work for what you have. I’m ready to accept the challenge. I’m coming home,” Lebron tells his side of story as to why he is going back to Cleveland Cavaliers. 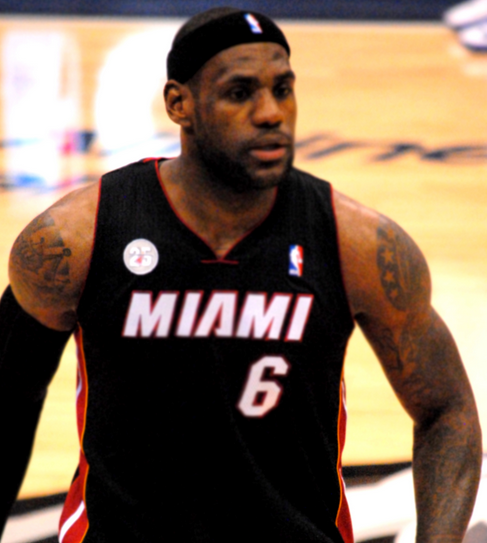 LeBron Raymone James is an American professional basketball player for the Miami Heat during 2010-2014 of the National Basketball Association. Starting at the small forward and power forward positions, James has won two NBA championships, four NBA Most Valuable Player Awards, two NBA Finals MVP Awards, two Olympic gold medals, an NBA scoring title, and the NBA Rookie of the Year Award. Moreover, he has also been selected to ten NBA All-Star teams, ten All-NBA teams, and six All-Defensive Teams. Considered as the best basketball player in the world, he shared his part of the story on his reason why he is going back home to explain himself uninterrupted, he said, and to clear all doubts before fans would think that The Heat couldn’t put the right team together.

He conveyed his wanting to go back to Cleveland and finish his career there despite the letter from Dan Gilbert, the booing of the Cleveland fans, the jerseys being burned. “My emotions were more mixed. It was easy to say, ‘OK, I don’t want to deal with these people ever again,” he continued, “But then you think about the other side. What if I was a kid who looked up to an athlete, and that athlete made me want to do better in my own life, and then he left? How would I react? I’ve met with Dan, face-to-face, man-to-man. We’ve talked it out. Everybody makes mistakes. I’ve made mistakes as well. Who am I to hold a grudge?”

Also, according to him, he started thinking what it would be like to raise his family in his hometown with his two boys and his Savannah who is pregnant with a girl.

He also shared his sentiments on Miami Heat, indicating how it helped raise him into he is, how it resulted to his betterment as a player and as a man. The reason why he came to Miami was because of D-Wade and CB. He called Miami, as his “second home”. LeBron thanked his team mates, Micky Arison and Pat Riley for the ‘amazing four years’.

It will be a long process, being in a situation with a young team and a new coach. He doesn’t promise a championship, mentioning it will be hard to deliver and they aren’t ready yet. But he says that he will get a thrill out of bringing a group together and helping them reach a place they didn’t know they could go. He sees himself as a mentor and he is excited to lead, to be the ‘old head’. “I think I can help Kyrie Irving become one of the best point guards in our league. I think I can help elevate Tristan Thompson and Dion Waiters. And I can’t wait to reunite with Anderson Varejao, one of my favorite teammates,” he disclosed. He regarded his responsibility to lead, in more ways than one, his calling which goes above basketball.

His two year contract with the Cleveland Cavaliers instead of four, however, drove speculations on Lebron stretching his worth on the financial area. He said that it is strictly business decision.