This 22nd of November, Manny Pacquiao, who has won two in a row after suffering back-to-back defeats in 2012 to Bradley and Juan Manuel Marquez, is 56-5-2 with 38 knockouts will play with everything to lose against Chris Algieri, a former kickboxing champion who rose from anonymity. 'Pacquiao Fight versus Chris Algieri'

Despite Algieri’s unexpected triumph against RuslanProvodnikov, Gerry Peñalosa isn’t really convinced that Algieri will be able to give a credible challenge to the Pound for Pound King, Pacquiao when the two clash on November at the Venetian Resort in Macau. 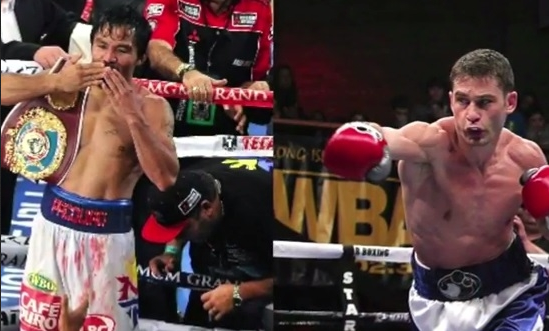 Those casual boxing fans who would be paying the HBO pay-per-view boxing match have no idea who Algieri even is. Others who do know the name are mostly unimpressed with his power and overall talent.

Peñalosa uttered, “(Algieri) is not that worthy, he keeps on running. Manny will just play with him,” the former WBC junior bantamweight and WBO bantamweight champion. Algieri is good but simply not good enough for Pacquiao.”

He continued, “You cannot compare Manny to Provodnikov. Manny is the pound-for-pound king. Provodnikov can punch but that’s about it. Algieri impressed me in that fight, imagine he was down twice and showed the stamina to come back. Ruslan can punch and he’s like a monster in the ring but his defense is not as good as Pacquiao.”

However, there are those who have high hopes from the WBO junior welterweight titleholder Algieri (20-0, 8 knockouts) of Long Island, N.Y.

"As for Chris's chances, I think he will win just as I thought he would beat RuslanProvodnokov," said Joe DeGuardia referring to Algieri’s similar situation with Provodnikov.

Should Pacquiao lose, it would create a great implosion on his career so why would they risk it? The question, ‘Why not?’ also drags between.

Chris Algieri on the other hand also gave his sentiments on boxing. Unlike most boxers like Pacquiao who had to be a boxer to escape the old [poor] living conditions, he says he plays because he wants to.

“I’m not like other fighters trying to escape where I came from,” Algierimentioned way back in 2012. “I box because I like to box. I love the sport, I grew up watching with my grandfather and my love for it has only grown. I’ve seen a lot of the inner workings of the sport. I’m a student of it and I really still have a passion for it.”

As for the financial gain, it is reported that it might not do a massive number on pay-per-view. However, Bob Arum, a promoter said that he is not worried on the matter because the fee the Venetian pays to land Manny Pacquiao will more than cover the shortfall in pay-per-view revenue.