Recently, a video, of which the North Korea leader became so upset about, became viral all over the social networking sites and video web sites. The video, cheekily named as “Fat Guy Number 3” which refers to the Kim’s family supposed portliness consists of video clips and GIFs mashed up into a three and half minute video teasing and poking fun of Kim Jong-un. His face is superimposed on all sorts of animated images where he is shown as dancing, doing splits, as a ballet dancer, dancing with his trousers down and with a sheepy smile, riding on the bag of a pig and many other surreal scenarios. Little Apple by the Chopstick Brothers, a recent hit love song was used as the soundtrack makes it even catchier and doesn’t help to suppress one’s laughter.
SCROLL DOWN FOR VIDEO 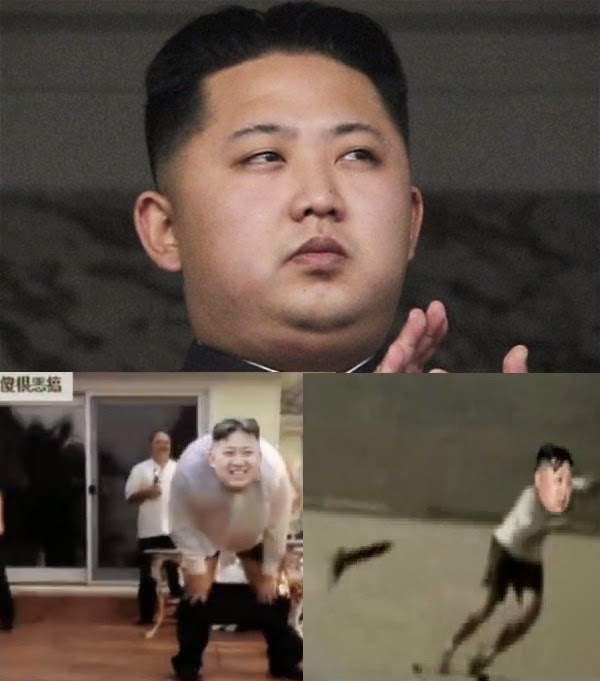 Moreover, other international leaders also became the stars of the video. US President Barack Obama’s superimposed head can be seen generally frolicking around, with clips of him kicking Kim Jong-un. You can also find Russia’s President Vladimir Putin and the Japanese Prime Minister Shinzo Abe’s heads on other people’s bodies dancing and fighting.

While Obama and Putin have yet to give statements regarding on the issue, the North Korean government has asked the Chinese government to take it down because it “seriously compromises Kim’s dignity and authority”.

However, like a virus, it is nearly impossible to do so. The video was made by a Chinese man with the surname Zhang who studies abroad in South Korea and was posted on Weibo- China’s version of Twitter. The uploader posted the video saying that it was “just for entertainment” and has no deeper political message, but for others it seemed like the next from in East Asian cyberwarfare. Having 190,000 followers, the video was easily spread, and even though Youtube is banned in China, someone copied it from Tencenet, a Chinese video-sharing site and uploaded it there creating a million of audiences and comments all around the world. This ‘brilliant piece of mashup satire’, as one referred to it, even if deleting all videos of it in the internet doesn’t mean it will also be erased from the netizens’ memories.

Despite the diplomatic back-and-forth request of North Korea to take the video down, Beijing was unable to oblige, according to ChosunIlbo. Their power reaches far but without a valid copyright infringement claim, North Korea’s grip on Youtube’s video submissions couldn’t be looser.