A drama has set in between the couple even before they have concluded their marriage after the bride’s ex-boyfriend sent photos of her to the groom.

After a few hours of the marriage rites, the groom was allegedly given a bouquet of flowers passed by several people. Hidden in the bouquet were a memory stick and a note telling him to look at the contents of the device. Photos of her newly wed wife, bare naked and in intimate situations and positions forced the groom to demand a divorce. 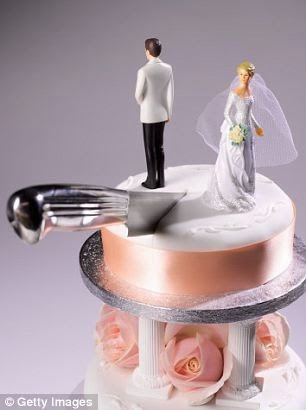 A website, Sabq, reported that the groom decided on the spot that his hours-old marriage was over according to Muslim cleric Sheikh Ghazi Bin Abdul Aziz al-Shammari.

The cleric Sheikh al-Shammari told Kuwaiti television news that the husband came to see him the next day of the incident. “He was under strong emotional trauma,” he said, “It was truly the shock of his life and he could not bear the scandal.

Days before the marriage, the cleric indicated that the bride’s sometime lover tried to blackmail her into staying with him, giving a threat to reveal their relationship to everyone if she declined. She refused and told him to get lost. She informed her former lover that she is already engaged and that she wanted to start a new life, to become a mother and to raise a family.

The erstwhile partner discovered the venue where her marriage will be held, bought the bouquet, obscured the memory stick with the pictures of her in it. He sent it to the hotel where the couple was celebrating with some other people. That was when the bouquet was passed to the groom resulting to the on-spot demand for divorce.

Cleric Sheikh al-Shamarri, who is from Saudi Arabia suppressed any information regarding the couple, including their nationalities and where it happened.

People commented on the incident that the groom was rather over reacting and should accept his wife and her history, no matter what it is. Other netizens also stated that what the wife said to him before the marriage would be the basis on who to put the blame on.