Typhoon Luis (international name: Kalmaegi) thumped Metro Manila and other parts of Luzon causing a threat to heavy floods, according to PAGASA on Sunday evening.

A warning level of Orange has been announced to the areas of Bataan, Bulacan, NCR (National Capital Region), Nueva Ecija, Pampanga, Rizal, Tarlac, Zambales around 7 in the evening while a warning level of Yellow has been issued in Batangas, Cavite, Laguna and Quezon. PAGASA's color-coded warning system of level Orange indicates a threatening flood. On the other hand, level Yellow means a flooding in low-lying areas. In the Philippine Atmospheric Geophysical and Astronomical Services Administration's report, an alert for possible evacuation is notified. Thus, Metro Manila including several areas in Luzon has already suspended classes. 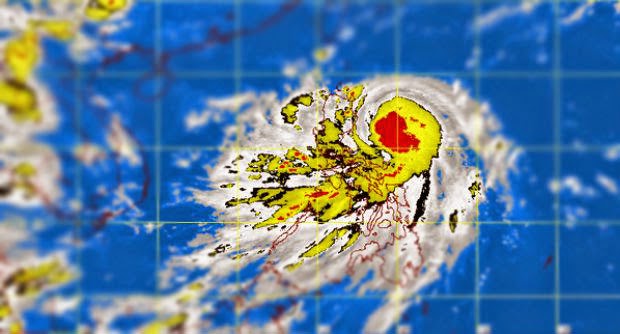 The eye of Typhoon Luis has strike the boundary of Isabela and Cagayan provinces at 5 p.m.; PAGASA reported Sunday. Luis packed sustained winds of 130 kilometers per hour gusting up to 160 kph in Tuguegarao City as reported by the state weather Bureau. Also, Typhoon Luis was estimated to bring intense rainfall moving at slightly faster pace of 22 kilometers per hour west to northwest.

The following areas were already under storm signals 1-3:

However, PAGASA has issued a gale warning along the western seaboard of Central Luzon including seaboards of Southern Luzon and Visayas. PAGASA weather division Chief Espie Cayanan stated that they did not fail to give warning because they apparently announced a gale notice to the public.